The project, like many other hyped-up coins, launched at absurd valuations. The cryptocurrency quickly spiked above $100 on the exchanges that supported it, meaning it had a fully-diluted market capitalization in excess of $200 billion — yes $200 billion.

Filecoin has begun to crash as investors have realized that it may be overvalued on a long-term basis. Short positions have been opened en-masse, driving the coin dramatically lower on futures exchanges such as Binance and FTX.

Related Reading: Here’s Why Ethereum’s DeFi Market May Be Near A Bottom

Filecoin has crashed dramatically since trading began yesterday on top exchanges such as Kraken, FTX, Binance, and many other exchanges. The coin is down 35% in the past 24 hours as per CoinGecko, but down over 75% from its all-time highs set during the FOMO period yesterday. 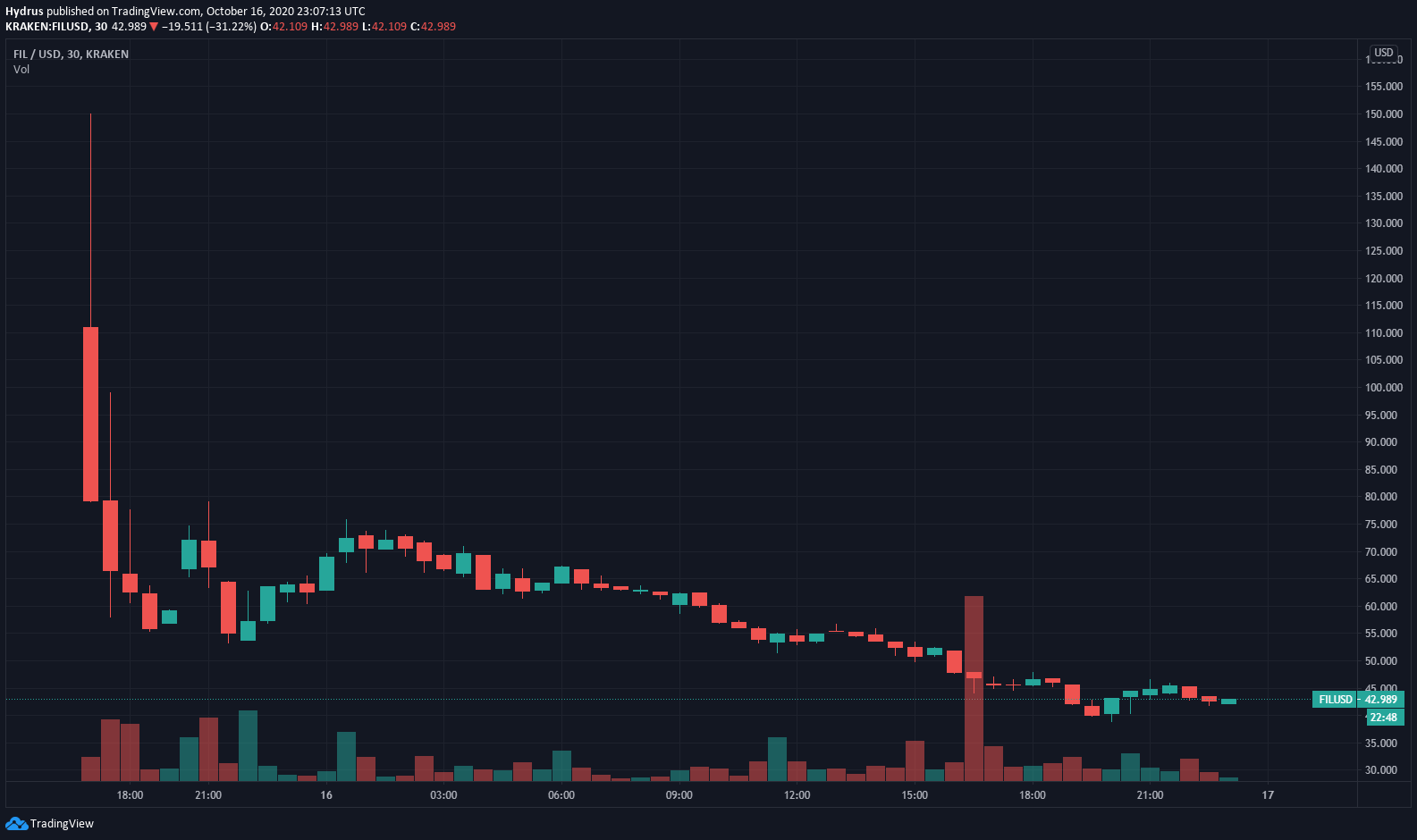 It appears that Binance is catalyzing much of the selling pressure.

Analysts have noted that Filecoin futures on the exchange are being shorted en-masse because the funding rate limit of -0.75% per eight hours has been reached. This means that investors can short the asset at a relatively low cost relative to other exchanges, where the funding rate cap may be even lower. This mass shorting is thus driving the cryptocurrency lower.

It’s worth noting that there is a short squeeze taking place. FIL futures on Binance have jumped around 30% since the daily lows, with shorts finally getting squeezed out of their positions.

Related Reading: Tyler Winklevoss: A “Tsunami” of Capital Is Coming For Bitcoin

Where Will the Bottom Be?

While a short squeeze is taking place, analysts aren’t betting on a long-term rally for FIL. Brian “Ledger Status” Krogsgard recently noted that there are two billion FIL coins that will meet the market over time, making it illogical that the prices in the $30-100 region will last for long.

There are 2 billion $fil that will meet circulation over time.

Every single investor LOVES these prices. Filecoin is playing hot potato before a very long and painful march down. Beware.