Bitcoin Cash price (BCH) rebounded from a one-month-low of $890 amid a broader market rally. The fourth largest coin rose at a double-digit rate in Tuesday’s trade and is increasing at a mid-single digital rate today. The BCH coin trades above $1K today – with the market cap of $17.4 billion. The coin gets the majority of volume from the Asian markets.

OKEx, Bitfinex, and Huobi accounted for almost 25% of the total trading volume. Some analysts believe that Bitcoin Cash has hit the bottom and is set to move higher in the days to come. They believe the developments in its blockchain technology along with the BCH miner’s strategy to create a development fund will support its upside move.

EOS is Getting Investors Attention

EOS (EOS) has been getting trader’s attention amid its token sales. Block.one, the developer of EOS, has raised almost $4 billion through its year-long coin offering. It sold nearly 900 million tokens since it began its offering last June. 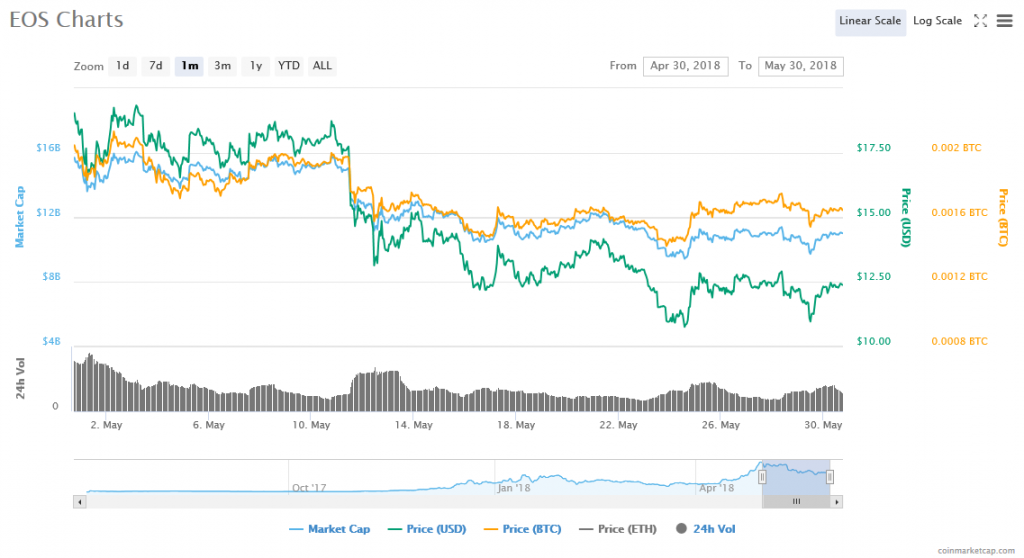 The management, on the other hand, has been investing significantly in its blockchain technology. It has spent millions on joint ventures with Finlab AG to enhance the development of the EOSIO ecosystem. The full mainnet launch is expected any day now.

Dafeng Guo, the EOS Asia founder says: “I believe the (block.one) team has the technical capability of carrying this project out.”

Market participants are also excited about the developments in the EOS blockchain technology. They believe these developments will increase its penetration into several markets, including the oil & gas sector.

EOS coin trades around $12.47 today. It is up almost 20% in the last 48 hours. EOS is the fifth largest coin with the market cap of $11 billion. EOS coin receives the majority of trading volume from Asian cryptocurrency exchanges.