At the moment, Bitcoin is on another bearish run, testing a support of $7,300. However, the cryptocurrency is showing positive signs against the 100-day moving average, facing a barrier of $7,500 to $7,600.

Following the recent price actions, BTC/USD is now on a new bearish run toward a major support of $7,300. The trading volume spike indicates that a minor selloff occurred in the past couple hours.

However, buyers succeeded in pushing the price back near the $7,350 level, which may result in a reversal toward a major resistance point of $7,550. A short-term bullish reversal will be confirmed if Bitcoin breaks past the descending (bearish) 10-day moving average hurdle.

On the upside, buyers must push the price above the resistance level for more near-term gains. A movement past $7,600 could take BTC/USD further up toward $8,000 later this week. On the downside, a break below $7,330 may push BTC/USD toward the other direction to the $7,200 level. 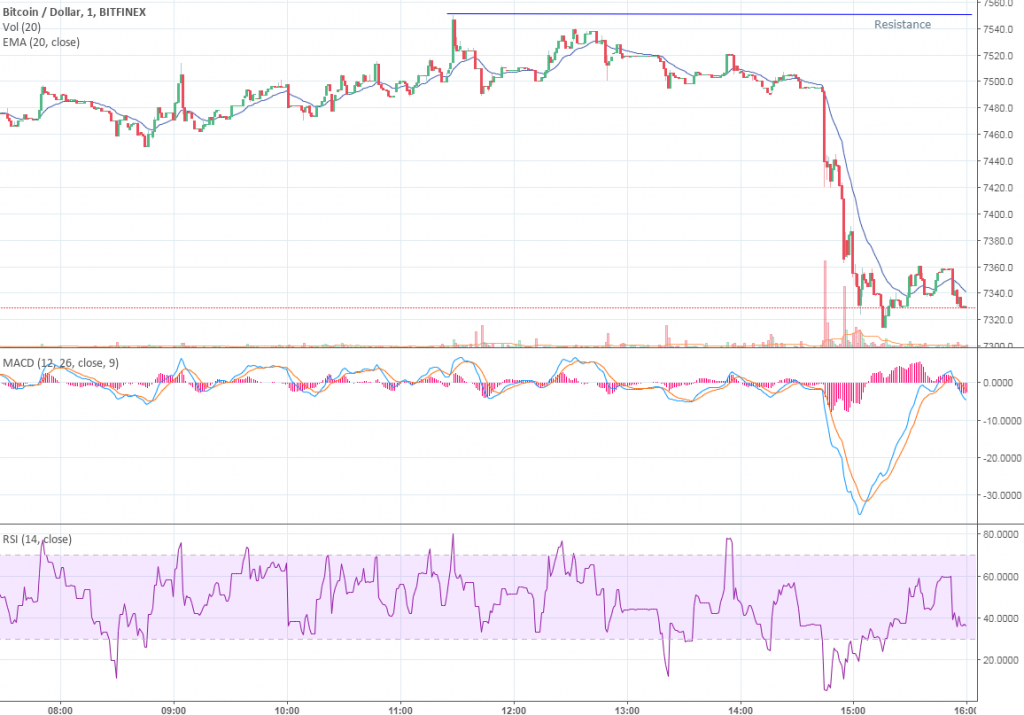 Looking at the technicals chart, BTC/USD is currently on a bearish run as indicated by the MACD line crossover. On the other hand, the RSI indicator shows that Bitcoin is in oversold territory.