Crypto markets are experiencing a mix of green and red today, July 22, with some of top 20 altcoins by market cap seeing a slight dip of around 1 percent over the past 24 hours, while Bitcoin (BTC) has reclaimed the $7,500 price point, according to Coinmarketcap.

Following a week of solid upswing, none of the top 20 coins by market cap are up or down by more than about 1 percent, showing relatively static growth.

Bitcoin broke the $7,500 barrier today, up about 1 percent over a 24 hour period and trading at $7,516 at press time. The major cryptocurrency is up almost 18 percent this week, having traded roughly $1,000 less on Monday morning, July 16. The coin is also holding its monthly gains of around 21 percent. 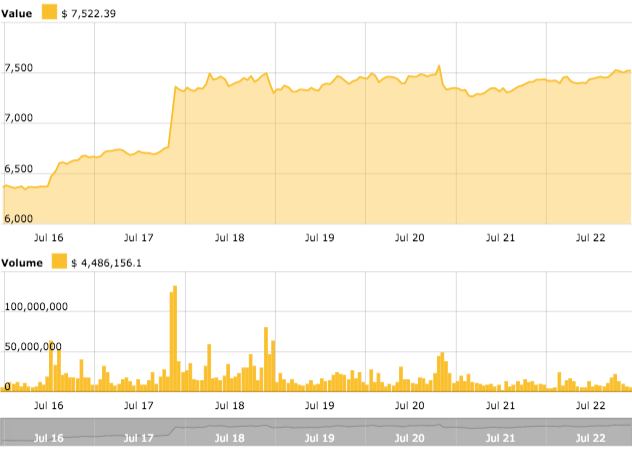 In contrast, Ethereum (ETH) is seeing a slight decline today, down about half a percent over the past 24 hours to press time. The top altcoin is seeing just 3 percent gains this week, trading at around $463. 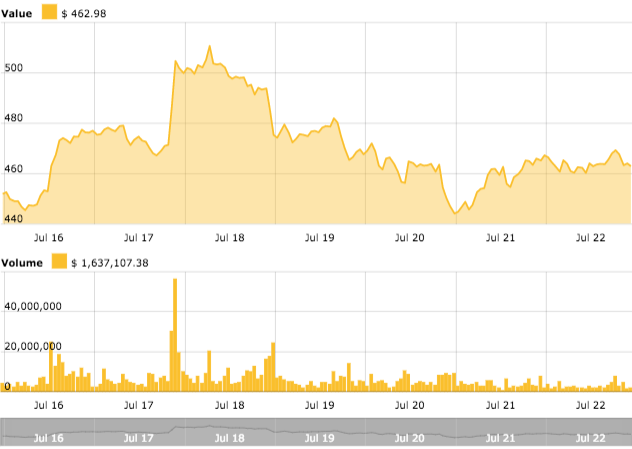 Total market capitalization is slowly building momentum, up around 1 percent from yesterday’s figures and currently valued at around $285 billion. 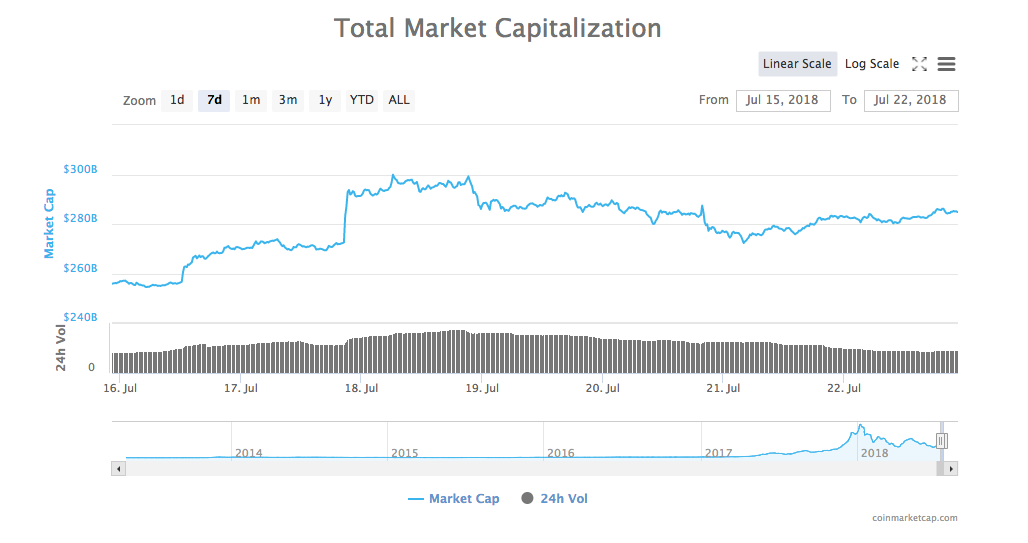 While total market cap is down from the intraweek high of almost $300 billion, Bitcoin’s dominance over altcoins is growing firmly this week, up 3 percent and currently amounting to 45 percent. 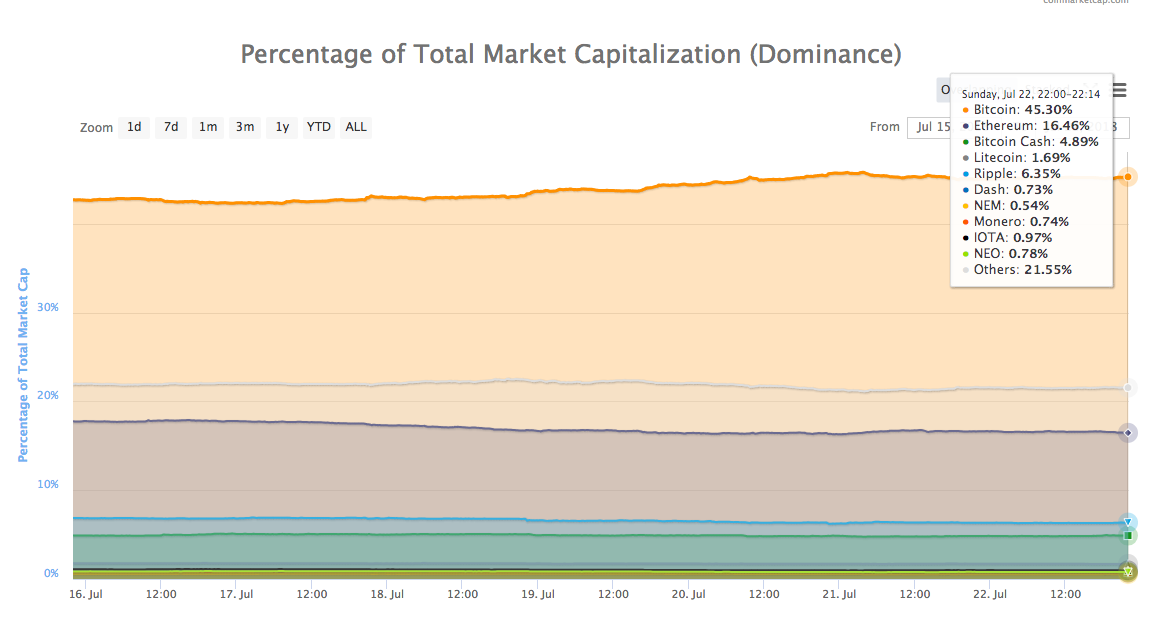 This week has seen potential institutional movement into the crypto space, as investment giant BlackRock’s announced they were considering the launch of Bitcoin futures.

On Friday, July 20, the Chicago Mercantile Exchange (CME) reported that Bitcoin futures’ daily average volume has grown by 93 percent in the second quarter over Q1, with the number of open contracts on Bitcoin futures also having increased by 58 percent.

Also on July 20, BitMEX exchange CEO Arthur Hayes suggested that the current bull trend has the potential to give way to a BTC price point of $5,000 before skyrocketing to $50,000 in 2018.