On Wednesday morning, Bitcoin Cash broke below yesterday’s support of $1,125, now trading in the $1,110 territory and holding support at $1,090. However, the price decline didn’t last long to reach a Fib retracement level of $1,075. From its support level, BCH/USD started to recover from the latest selloff and formed a bullish trend line. Signs point to BCH/USD testing a resistance level of $1,120 in the short term. 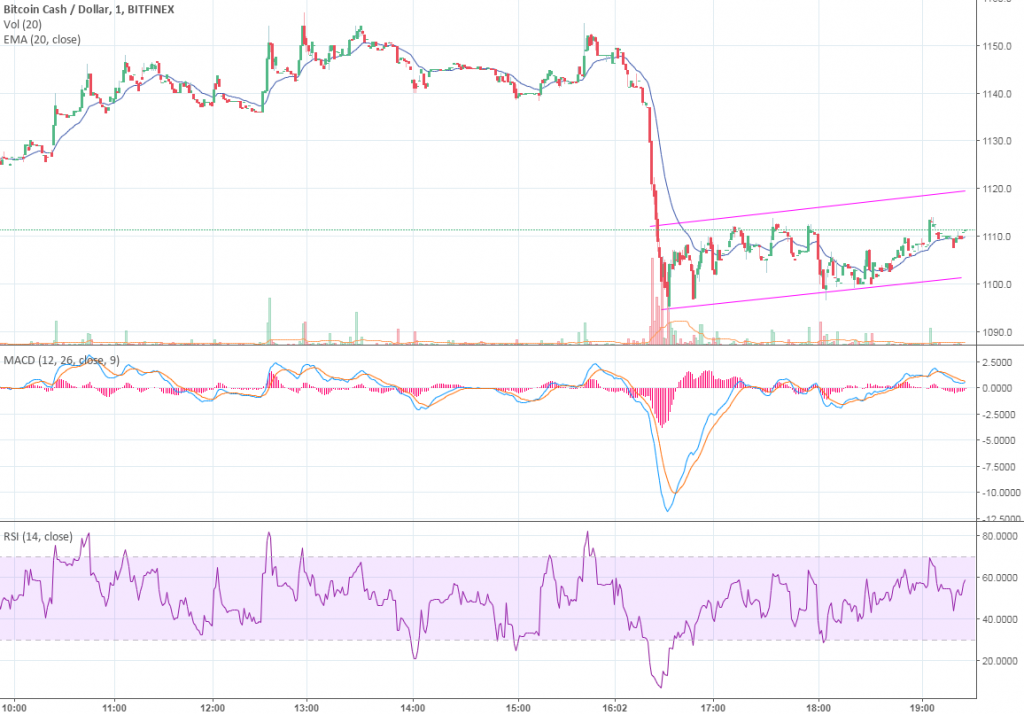 Looking at the technicals chart, the hourly MACD lines are showing a bearish signal. This is also confirmed by the RSI indicator, which places Bitcoin Cash in overbought territory. Trading volume has subsided since the earlier selloff.