For the past week, Bitcoin Cash remained steady as price volatility began to decrease. BCH/USD mostly stayed between the $1,050-1,150 range, though it did surpass the $1,200 level briefly earlier this week.

At the moment, BCH/USD is heading for an upside break. A bullish trend line has formed to test a major resistance point of $1,125. A break above the resistance could propel the cryptocurrency further up toward $1,200 once again. The next pivot level for this upward action is $1,130.

A downward correction could also happen, which might take BCH/USD down to its current support level of $1,080. A break below that could send its price to a retracement level of $1,025. 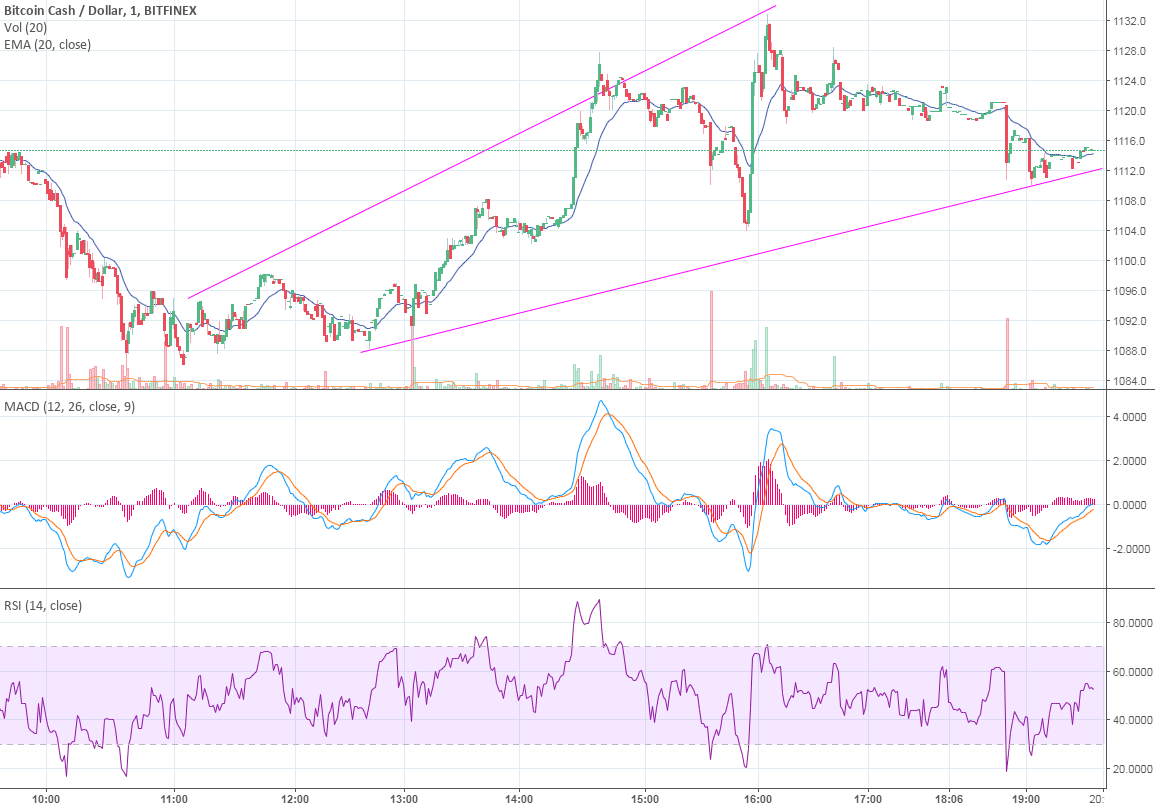 Looking at the technicals chart, the MACD crossover means that BCH/USD is on a bullish run. The RSI indicator shows Bitcoin Cash is neither in overbought or oversold territory.