Bitcoin Price Watch: Bitcoin price stabilized around the $7,450 mark during the early hours of Friday. The current price represents a decline of more than 50% from its December 2017 highs. The cryptocurrency has been trading around this level throughout most of the week, finally settling down after weeks of gradual decline.

However, the market may be due for a reversal. Yesterday, Dan Morehead, founder of Pantera Capital Management, said in an interview with CNBC that “Bitcoin may have reached its bottom this year, so now is a good time to buy,” Morehead continued: “As a whole, cryptocurrencies have declined about 65% from their highs this year. It’s much cheaper to buy now and participate in the rally as it goes”.

Bitcoin price is currently forming a bullish trend line that’s looking to test a major resistance level at $7,500. A break above that seems likely, given the steady gains experienced over the past few hours. In that case, the next critical level would be $7,800. This is regarded as a key barrier for BTC/USD to return above $8,000.

On the other hand, a struggle to break the resistance level could result in a minor downside reaction to test a major support level at $7,350. A break below that price may send BTC/USD down further to a retracement level of $7,200. 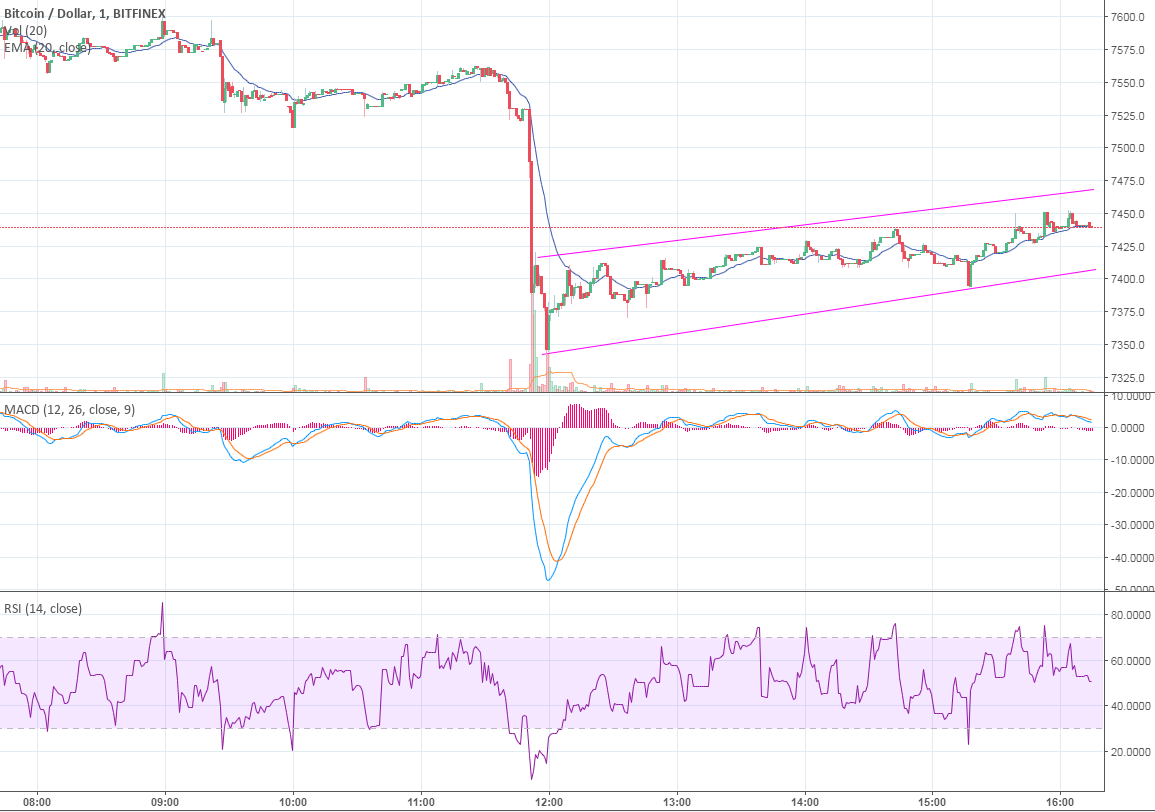 In the chart above, the MACD is showing a neutral signal, while the RSI indicator puts Bitcoin on the oversold side. Hence, an upward run for BTC/USD is a more likely case in the short term.