On Friday morning, Bitcoin continued its decline from earlier this week, now below the critical $7,500 level. Its price has now gone down by over 10% over the past seven days.

Further to this week’s cryptocurrency selloff, another factor that might have contributed to Bitcoin’s decline is the Justice Department’s decision to open a criminal probe into whether traders are manipulating the price of Bitcoin and other digital currencies. This has added fuel to fire to what is already a crumbling market on the surface.

Following the latest price drop, Bitcoin is now holding down a support at $7,300. However, the currency is now on another short-term bullish run looking to retest the $7,500 level once again. Should it manage to break above that, the next move could see BTC/USD approach $7,800 and then $8,000 heading into next week.

On the downside, a close around $7,300 may indicate that further declines are on the horizon. That would take BTC/USD further down toward the next critical point of $7,000. 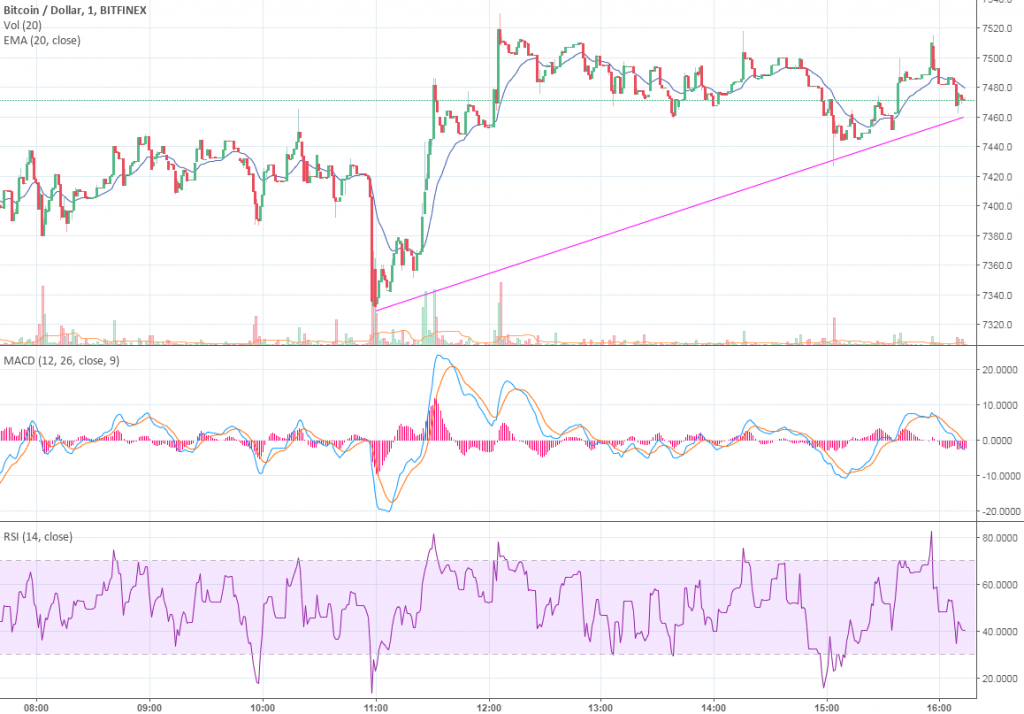 As shown in the technicals chart, the MACD line is sending a strong bearish signal. However, the RSI indicator shows that Bitcoin is currently in oversold territory, so there’s a high selling pressure at the moment.