Bitcoin Price watch: On Monday morning, Bitcoin price took a backseat following a quick surge above $7,500 over the past weekend. The digital currency is now trading at $7,220 as of 12 PM EST.

The recent price movements indicate that Bitcoin bears are still winning the battle. Today, Bitcoin price fell to as low as $7,142, which means that BTC/USD dropped below its 50-week moving average (MA) support for the first time since 2015.

On the upside, there is also a bearish trend line forming near the major resistance level at $7,300. However, the chart indicates that Bitcoin may struggle to break above that in the short term. 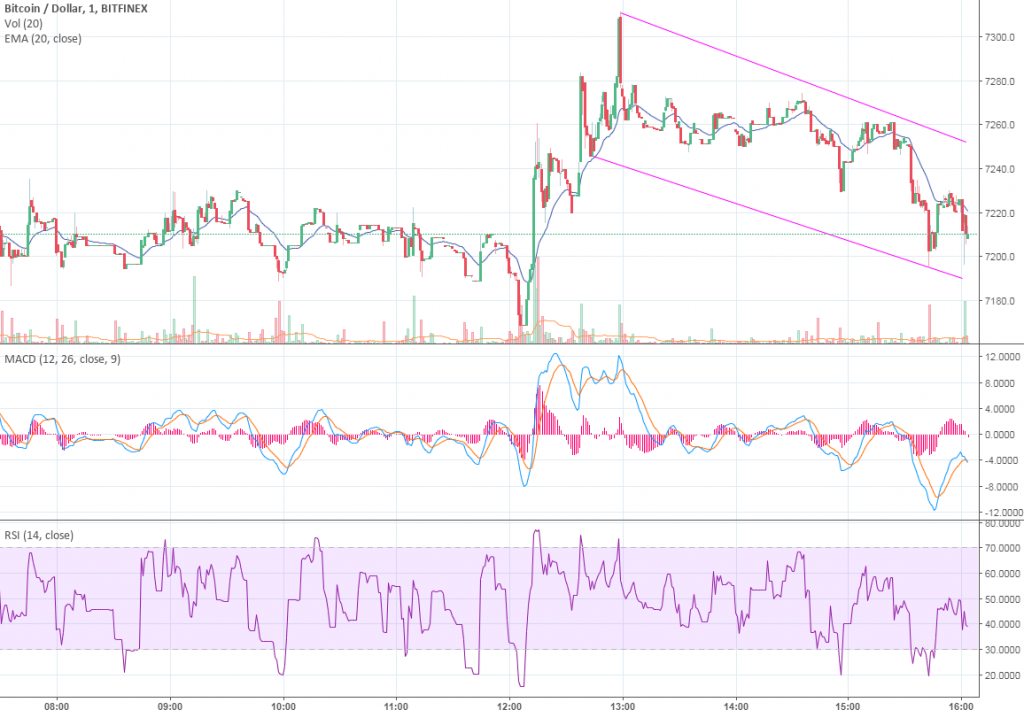 As for the technicals, there is a bearish signal shown by both the MACD and RSI indicators. On the bright side, Bitcoin is still in oversold territory.