On Wednesday morning, Bitcoin price dipped below the critical $8,500 price level as bears began to rally, potentially sending the coin further down toward $8,000 and beyond. At its lowest point today, BTC/USD reached $8,100. For the past seven days, Bitcoin value declined by about 12%.

Bitcoin price dipped below $8,500 today, and it could fall even further later this week as another crypto selloff has begun. One of the catalysts triggering this selloff could be Microsoft Bing’s ban on crypto advertising. Bing now joins Facebook, Google, and Twitter in tightening their policies toward cryptocurrency marketing.

On the bright side, BTC/USD has gone on an upward trend in the past few hours, testing a major resistance of $8,400. Hence, there is a chance that Bitcoin could return to $8,500 later this week.

However, based on the price movements this week, there is a further downside that could take BTC/USD to as low as $7,500 depending on what other events could transpire later. Moreover, the moving averages are going downward, which indicate that an additional dip in Bitcoin price is possible. 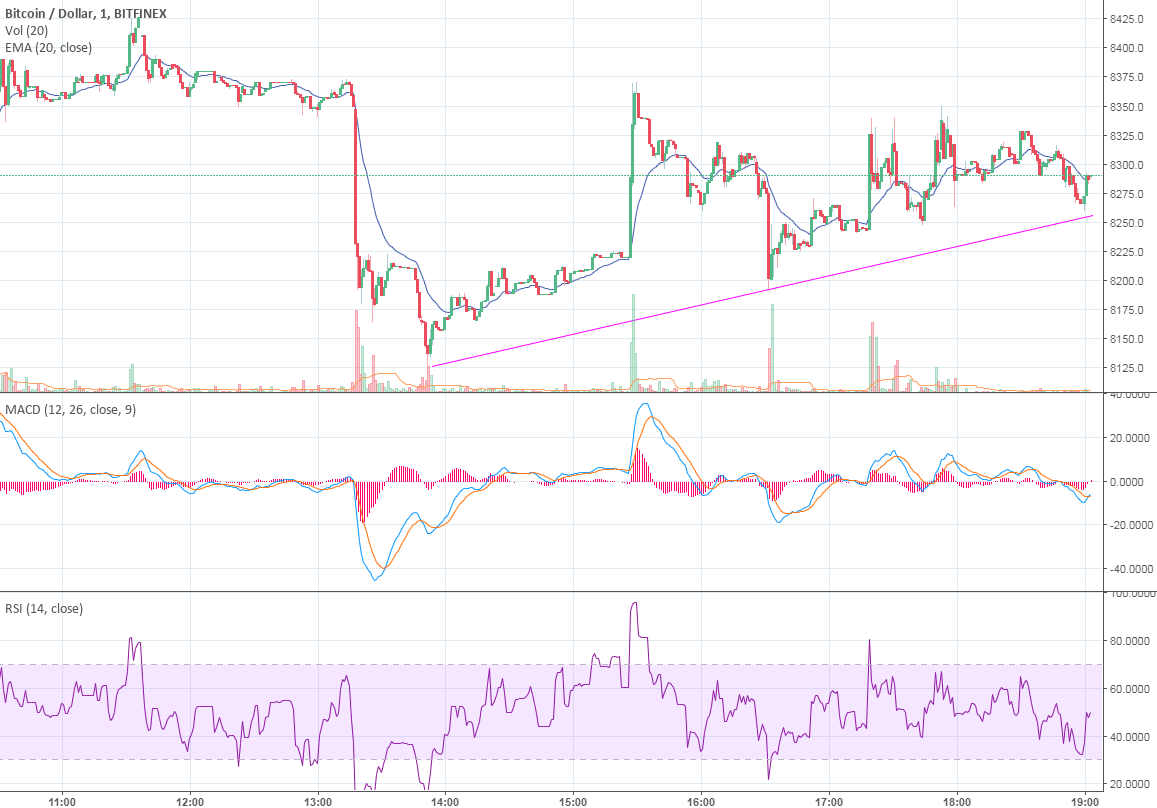 In terms of technicals, investors should see a minor bounce back toward $8,400. This is confirmed through the imminent MACD line crossover. The RSI indicator also shows Bitcoin has been indeed oversold.

However, even though these are bullish signals, it is most likely to face sellers on the upside near $8,500. On the downside, a break below the major support level of $8,000 may push the price further into a bearish zone.