Bitcoin Price Watch: On Wednesday morning, Bitcoin went on a steady bullish run which took BTC/USD to as high as $7,700. However, BTC/USD is currently on the decline due to a major selloff, testing a major level at $7,500. This downward movement may be crucial in determining whether Bitcoin price will see further pullbacks and drop down to $7,000.

Following this morning’s bull run to a high of $7,700, Bitcoin has now pulled back and is now testing a major support level at $7,500. The cryptocurrency failed to break out yesterday and remained below $7,500 for most of the day. A major resistance level has been established at $7,700.

At the moment, there is an increasing selling pressure causing the current bear run. However, the candlestick patterns show that a bearish reversal is likely to occur once the selling pressure eases off. This could move Bitcoin price back toward the $7,600 territory.

Overall, Bitcoin is down by more than 30% from the recent high of $9,990, so the bulls could always return to push its price back up. BTC/USD could turn higher later today, as indicated by the historical pattern. The moving averages currently favor the bulls. A rally above $7,800 is the desired target toward the end of the week. 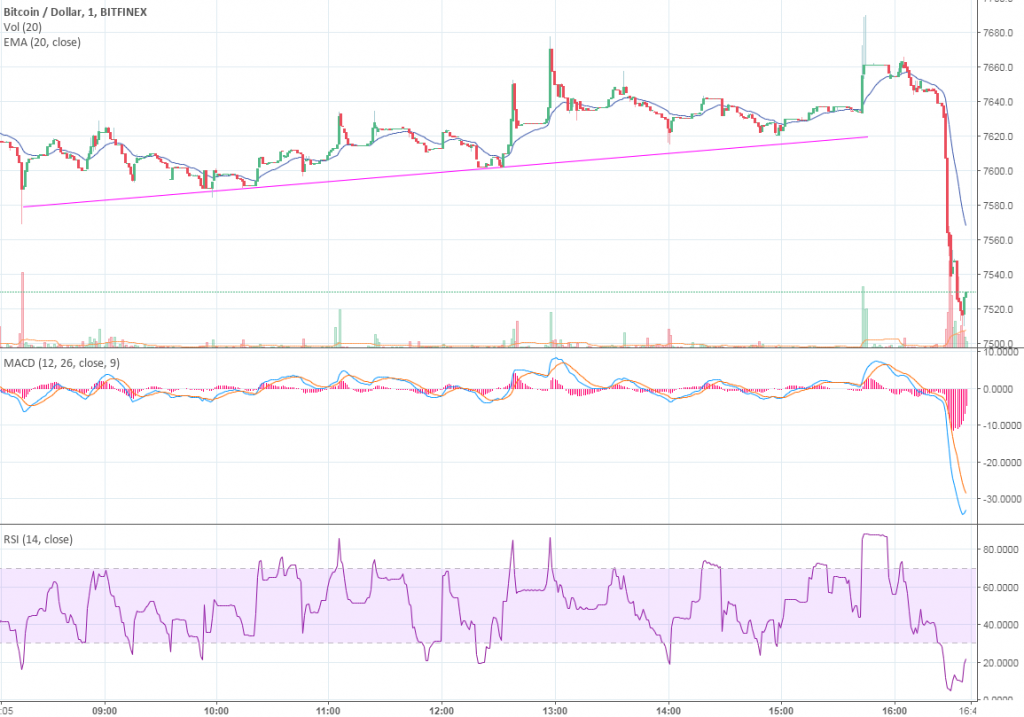 As for the technicals, the MACD and signal lines are displaying a severe downward pattern to confirm the bearish run. The RSI score also shows that the market is experiencing a major selloff. The high trading volume confirms this stance, but there’s optimism that buying pressure will come in later.