Following a sharp decline in the cryptocurrency market this past weekend, Ethereum continued its decline on Thursday morning, crashing below the pivotal $500 price level and hitting a one-month low of $459. The digital currency is currently trading at close to $466 and trapped between the $460-$470 price range.

ETH/USD has now formed a bearish trend testing a major support level at $460. A resistance point has been established just below the $500 mark at $490. The candlestick patterns indicate that ETH/USD could drop even lower later in the day.

On the downside, a break below the support could see Ethereum price end up at near $440. On the upside, a reversal could send ETH/USD back toward $480 in the short term. However, it may take a major bullish run later this week to get Ethereum over the $500 hurdle. 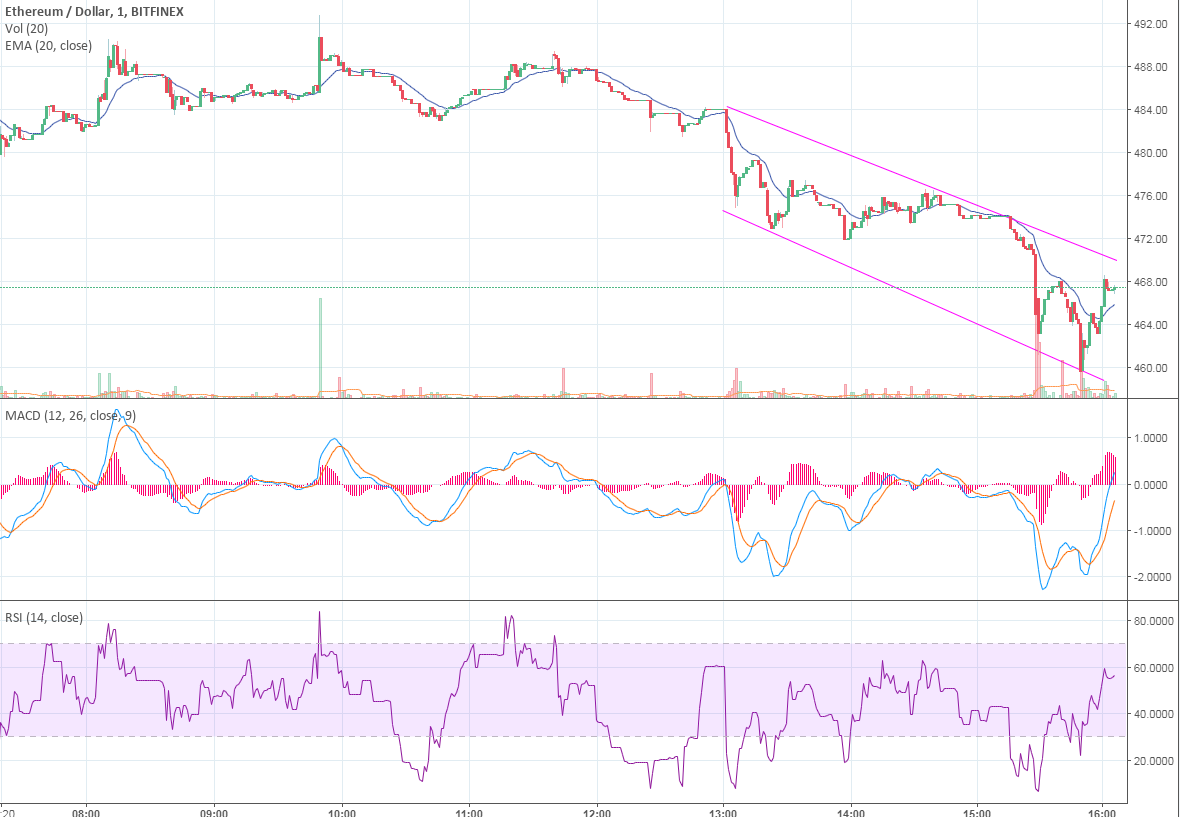 The technicals indicate that a correction is on the horizon. The recent MACD crossover sends a bullish signal, and there’s an increasing buying pressure as shown by the RSI score and rising trading volume.