On Thursday morning, Ethereum price broke past the pivotal $600 level and stayed above that for the past hours, reaching a high of $617.16 on the Coinbase exchange. The $600 price level is also considered a major support for ETH/USD as of now.

Most of the price movements today were on the positive side. Although a major price dip occurred earlier, ETH/USD was able to stay above $600, and a reversal quickly followed. After testing the $600 support, ETH/USD formed a bullish trend line, looking to test a resistance at $615. On the upside, a successful break above that could send Ethereum price to $635 later this week. On the other hand, a downside move could erase the recent gains and test the $600 support once again. 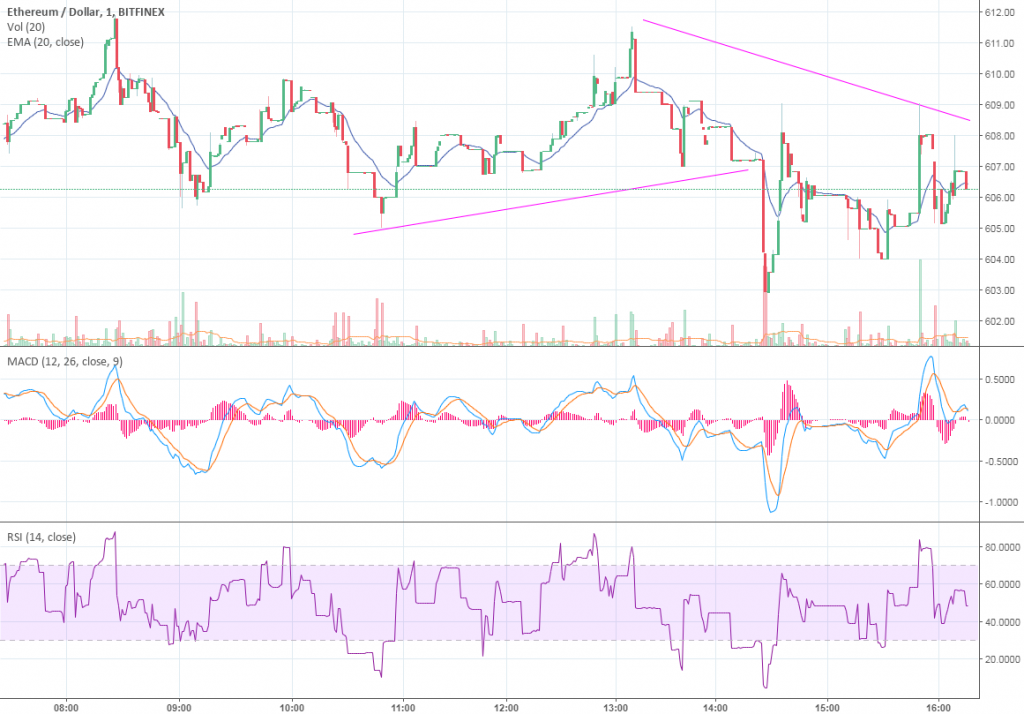 The MACD lines currently show a bearish signal for ETH/USD. The RSI score is near 50, hence Ethereum is neither in an overbought nor oversold territory. Trading volume has gradually picked up during the past couple of hours.