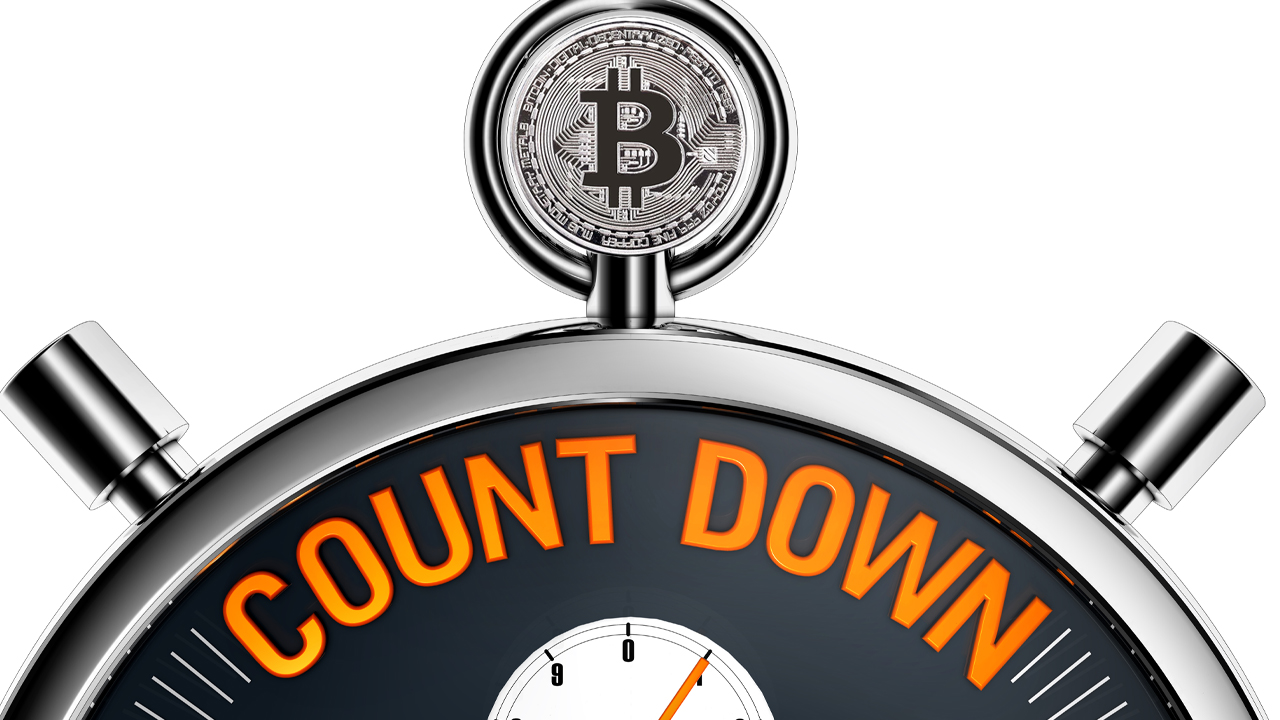 Just recently the price of bitcoin jumped over the $9,000 per coin zone, but retracted back a hair not too long afterward. On May 3, the research and analysis firm Glassnode reported that the overall BTC hashrate touched another all-time high above 140 exahash per second. As miners continue to hash away at the network, there are only seven days left until the notorious block reward halving.

In a week’s time on May 12, 2020, the BTC blockchain will experience the third block reward halving since the inception of the network back in 2009. The event means that miners who find blocks will only get 6.25 BTC per block, as opposed to the current 12.5 BTC they can obtain today. Despite the 50% cut in revenue seven days from now, miners have increased processing power quite a bit in the last few weeks. The crypto-analysis firm Glassnode revealed on Sunday that the BTC chain saw well over 140 exahash per second (EH/s), which is an all-time high (ATH) for the network. 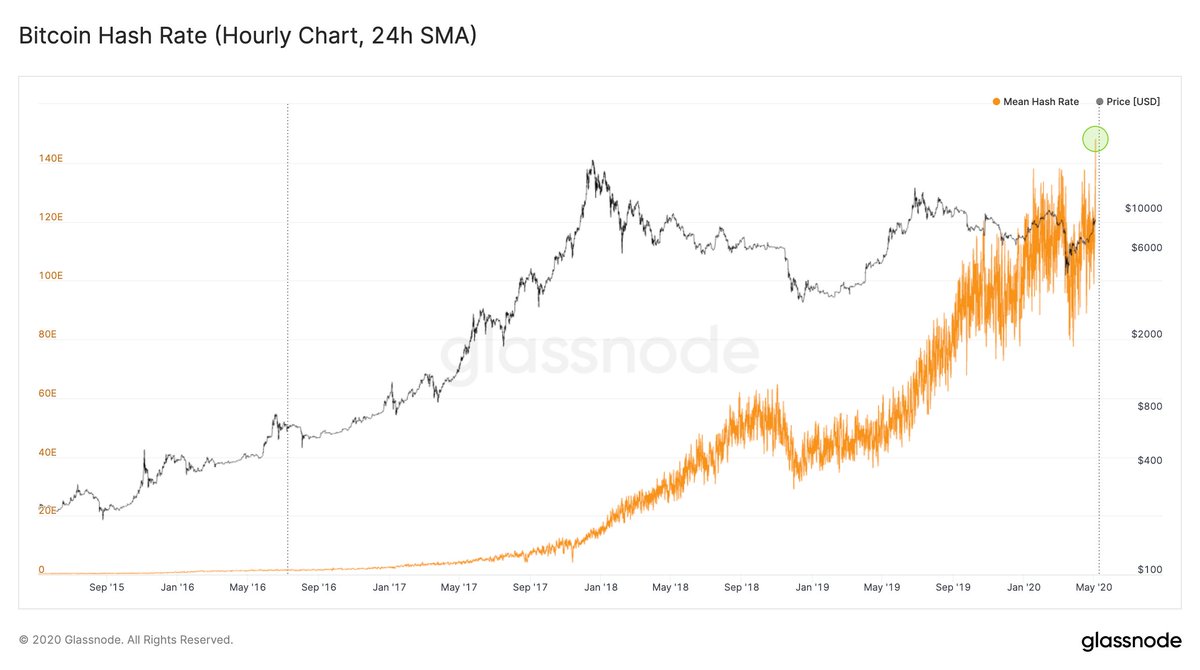 Market prices also show that BTC values spiked to $9,300 per unit on April 30 and stayed above the $9K range, up until Sunday at 8 a.m. EST. Since the early morning trading sessions on March 3, the price has been hovering below the $9K area, but above the support at $8,500. BTC’s overall hashrate has increased 10X since the price hit $19,600 on Bitstamp on December 17, 2017. At that time, the hashrate was only 14EH/s and it has since increased 935% since the price ATH that year. BTC’s SHA256 hashrate was over 100EH/s by the end of October 2019. The significant jump over 140EH/s on Sunday didn’t last very long and statistics from charts.Bitcoin.com show the hashrate is 110EH/s on Monday.

With the halving only a week away, the cryptocurrency’s price and hashrate are the two key statistics investors will be watching before, on, and after May 12. U.S. News & World Report senior investing reporter John Divine says the halving is a stark contrast to the recent stimulus packages and fiat creation during the last few months.

“Previous halvings, in 2012 and 2016, respectively, were followed by huge run-ups in the price of bitcoin; halvings are fundamentally bullish for the cryptocurrency and another long-term rally could follow this next one,” Divine explained in a note to investors on May 4. “Bitcoin halving simply illustrates one reason it has earned so much investment. In sharp contrast to fiat currencies like the U.S. dollar – over $2 trillion has been created by the Federal Reserve in 2020 alone – the number of bitcoin in existence has a hard cap, and mass dilution events are fundamentally impossible.”

Etoro market analyst Simon Peters has noticed that miners are not selling their freshly minted virgin bitcoins before the halving. “Onchain metrics show that miners as a whole seem to be holding on to their bitcoin at this time instead of selling,” Peters noted on Monday. “The jump in the price of bitcoin means that miners’ don’t need to sell as many bitcoins to cover operational costs. Miners ‘hodling’ could also mean that they are anticipating a continued bull run as we approach the block reward halving,” Peters concluded.

What do you think about Bitcoin’s hashrate climbing past 140EH/s? Let us know in the comments below.