Is Bitcoin (BTC) a real asset or bubble? This question is a continuous discussion. Economists and market pundits have been closely watching Bitcoin mania; some of them are comparing it to teh Dutch Golden Age Tulip Mania, while a few are showing confidence in its future fundamentals.

The debate over the shocking Bitcoin price movement and its ability to exist for the long-term hasn’t settled up. Until now.

Joost van der Burgt, policy advisor at Federal Reserve Bank of San Francisco, however, believes that Bitcoin is a bubble which is close to bursting. The advisor has explicitly explained his thesis using five key indicators:

The market has already crossed the first three stages of the cycle as the economist thinks the Bitcoin bubble is currently in the fourth stage of the cycle.

He claims the displacement stage started occurring during the early age of Bitcoin – which then changed into the boom phase last year. Explaining the boom period, he said, “The ‘boom’ phase is characterized by prices rising slowly at first, but then gaining momentum as more and more participants enter the market, fearful of missing out.”

The advisor further believes that the rush of entering the market has forced traders to borrow money to finance their investments. He calls it “Euphoria” (stage three of the cycle) – which he believes occurred together with the boom stage.

Now at the Profit- Taking Stage

The market has already entered the profit-taking stage according to Joost van der Burgt. He says the massive selloff in Bitcoin price indicates that investors are capitalizing on gains that Bitcoin generated during the last year. 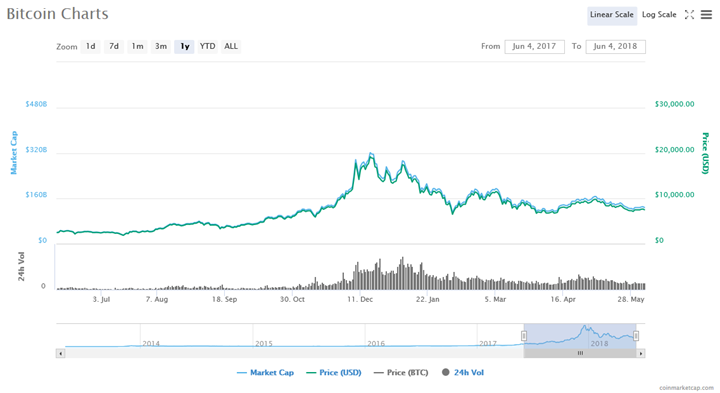 Bitcoin price is down almost 60% from the all-time high amid traders selling strategy. He further predicts that the market is likely to enter the final stage soon; saying “The subsequent ‘panic’ phase, should it come to that, commences when reality sets in and Bitcoin’s price would substantially crash.”

“I Could Be Wrong”

The economist, however, confesses that his thesis might not be accurate and Bitcoin could become the real asset or global currency in future. He said, “Maybe Bitcoin is different than anything we have seen before, and maybe a decade from now its market capitalization will be sky-high as it attains the status of a new global currency.”

What are your thoughts? Would you err on the side of caution with an analysis such as this? Or is his thesis reflected accurately in the coins performance? Let us know below!