After surging to as high as $1,200 this past weekend, Bitcoin Cash declined slightly earlier this morning. BCH/USD has now stabilized around the critical $1,100 price level, with a major support level established around $1,080.

At the moment, Bitcoin Cash is on a short-term bearish run. The bearish trend line was formed at a major resistance point of $1,150. This downward movement could take BCH/USD toward a Fib retracement level of $1,075, which is near its support. On the upside, a reversal may send BCH/USD to $1,110 later in the day, but that’s unlikely to happen given the recent price movements and the short-term moving averages. 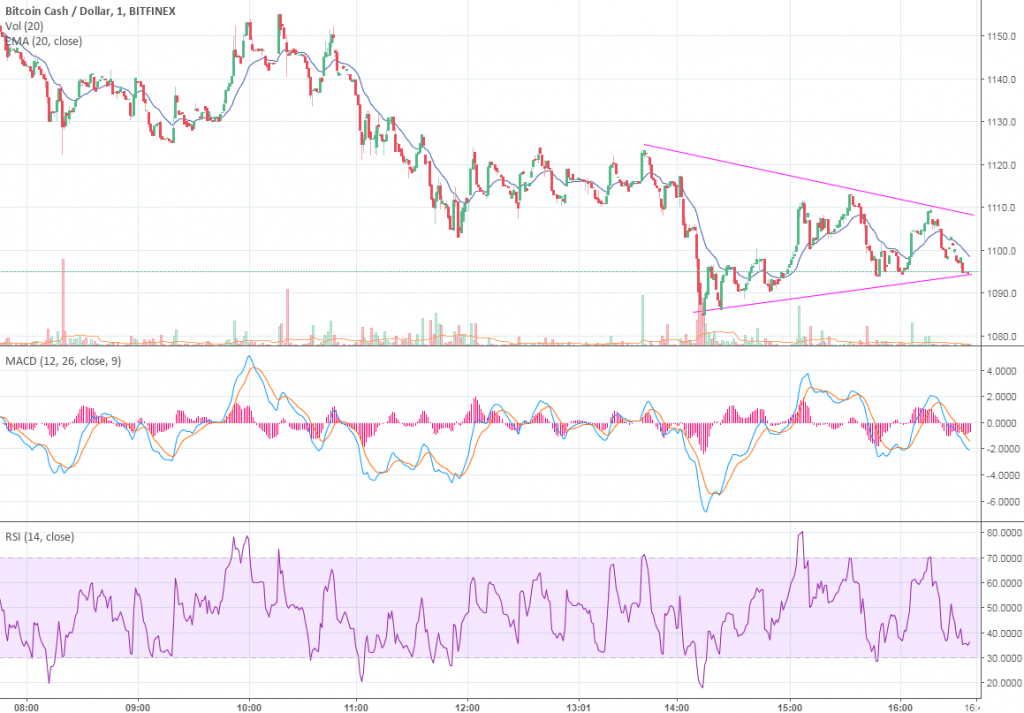 As for the technicals, the MACD line is sending a bearish signal, while the RSI score shows that Bitcoin Cash is in oversold territory. Trading volume has slowed down, hence no major outbursts are expected.