On Wednesday, Bitcoin Cash continued its decline from earlier this week, even hitting a three-month low of $800 for a brief moment. BCH/USD has since bounced back, now trading in the $820-$830 price range. The cryptocurrency market is strongly bearish right now, and selling pressure has wiped off most of the gains from the end of 2017.

Bitcoin Cash is currently on a major bearish run. It has established a major support at $820 and a major resistance at $855. Despite the quick pullback off its three-month low, BCH/USD could see further downside action later in the day on the bearish momentum. There is a lack of catalysts to send Bitcoin Cash back to its resistance and reverse the current trend.

On the upside, Bitcoin Cash must overcome its resistance to go further up to the next critical level at $875. An approach toward $1,000 once again is unlikely in the short term. On the downside, a break below the $820 support would spark another bearish trend that may push BCH/USD down to $800. 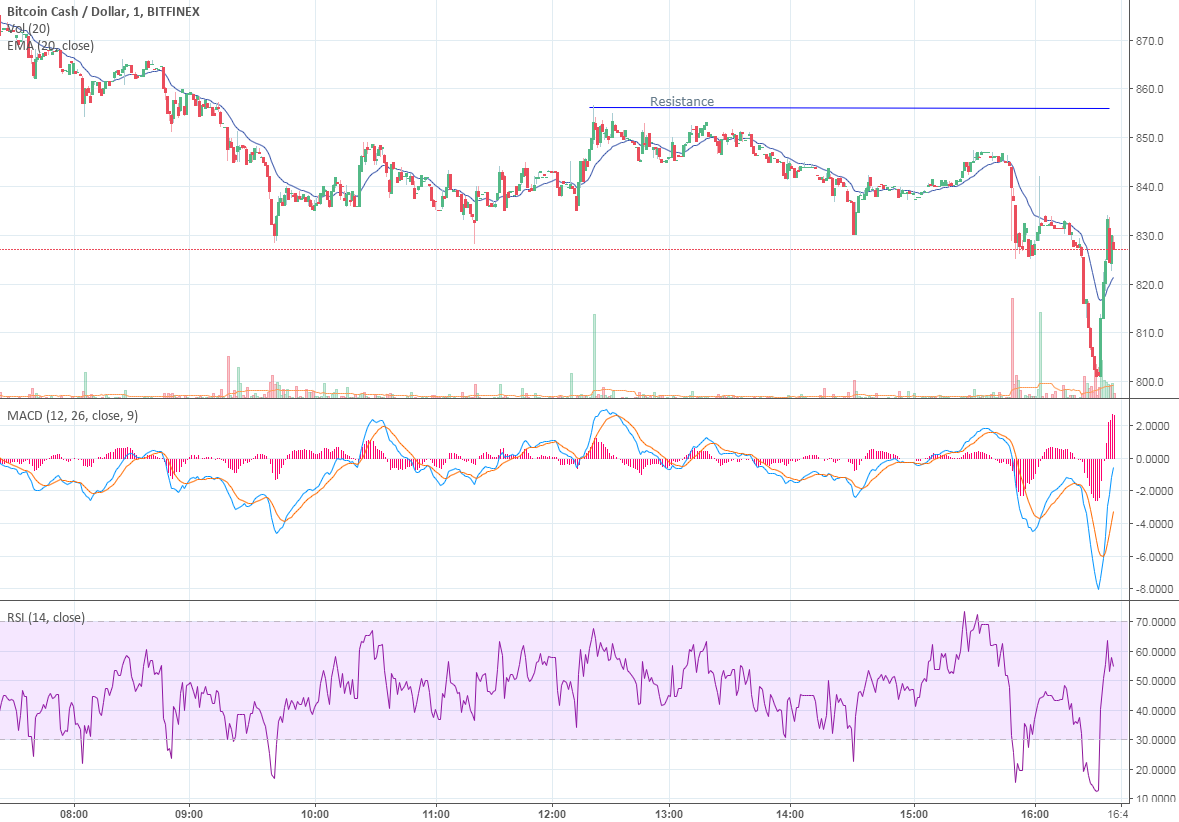 As for the technicals, the MACD indicator is sending a short-term bullish signal for Bitcoin Cash price. The RSI indicator shows Bitcoin Cash is in overbought territory. Trading volume has gradually increased, but the buying pressure is not high enough to cause a major correction.