On Wednesday morning, Bitcoin continued its decline from earlier this week, falling below the pivotal $6,500 price point. The cryptocurrency is now trading at around $6,400. Its price fell by approximately 17% over the past seven days and by 75% through 2018.

Continuing its decline from this past weekend, Bitcoin price fell below the critical $6,500 level. BTC/USD is now on a bearish trend testing a new support at $6,340. Another bearish trend line formed earlier at its resistance level of $6,550. As a result, BTC/USD fluctuated between the $6,400-$6,500 range throughout most of Wednesday morning. 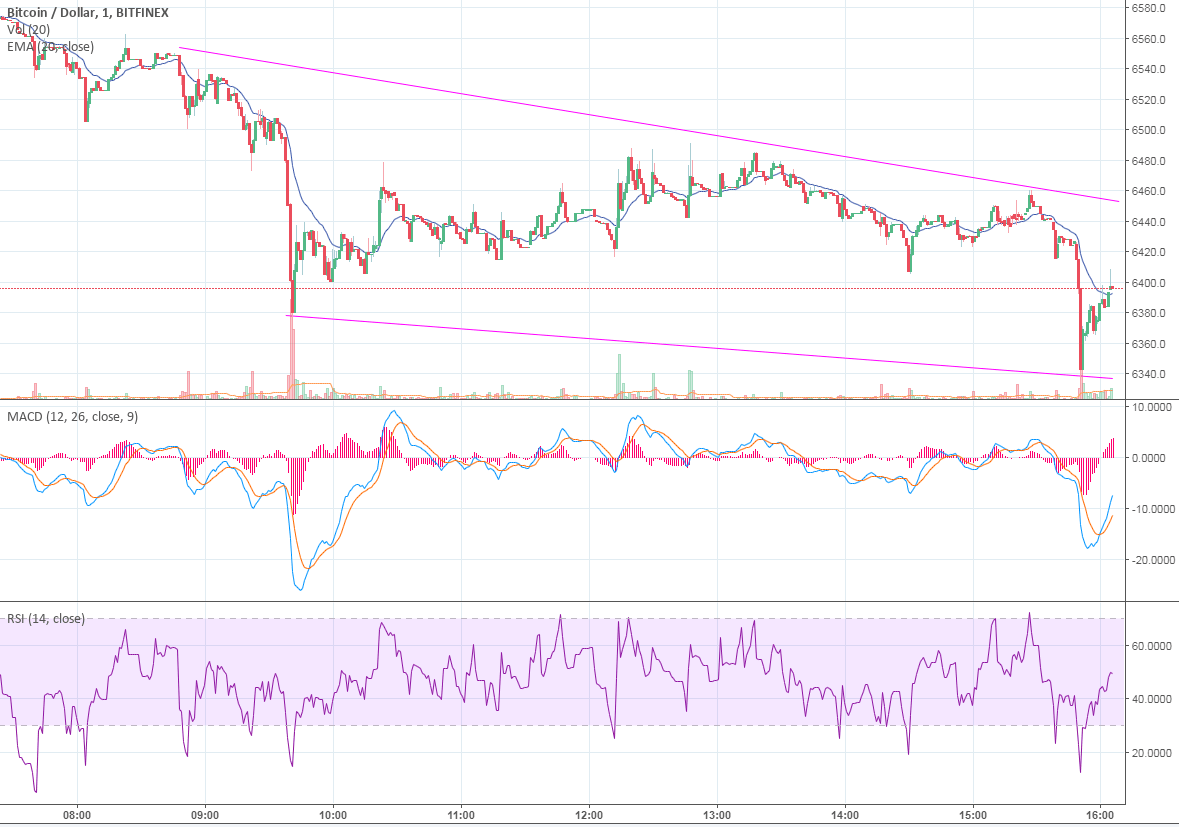 The moving averages suggest that the price path is to the downside and a selloff is more likely to happen. However, a strong bullish pressure could take BTC/USD near the resistance later in the day and lead a minor pullback. The MACD crossover confirms this bullish sentiment, but the RSI is indicating overbought conditions that are taking Bitcoin price higher.