ETH/USD Breaks Above $600 Once Again

On Tuesday morning, Ethereum price broke above the $600 pivot level once again following yesterday’s decline. This is the digital currency’s biggest upward movement after it hit a weekly high of $620 this past weekend.

Currently, ETH/USD is on another bullish run looking to test a major resistance level at $610. Ethereum price has already moved past its 20-day moving average, which is also surging up. On the upside, a break above the resistance could take ETH/USD toward the next critical level at $625. On the downside, another pullback, which is still possible, could take ETH/USD back down to a Fib retracement level of $590. A major support level was established at $585 prior to forming the bullish trend line. 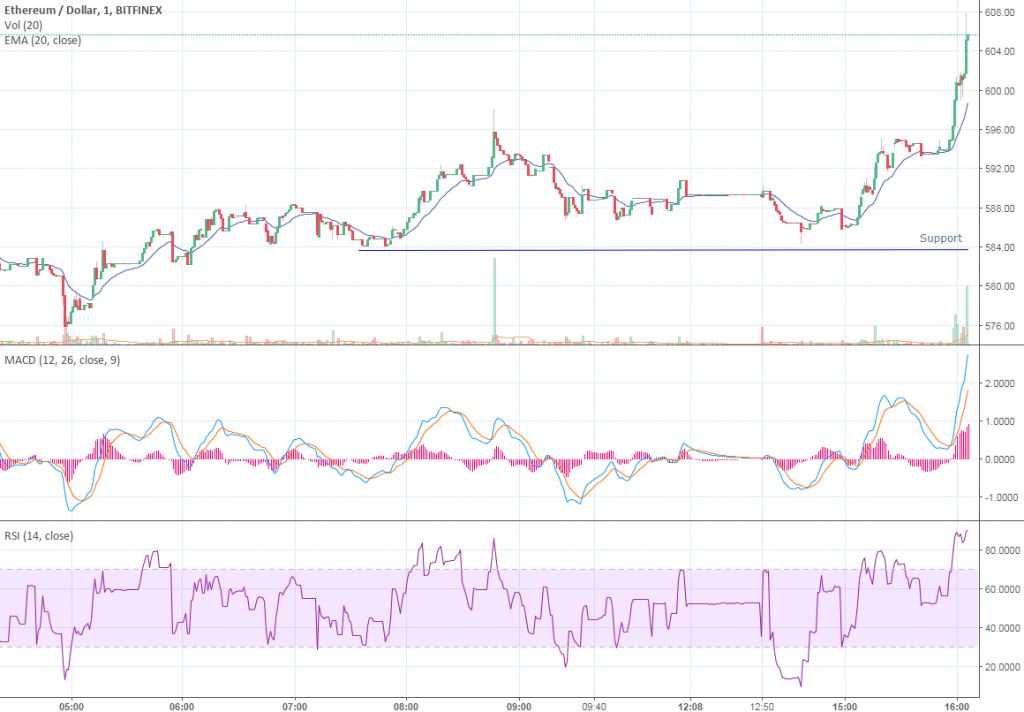